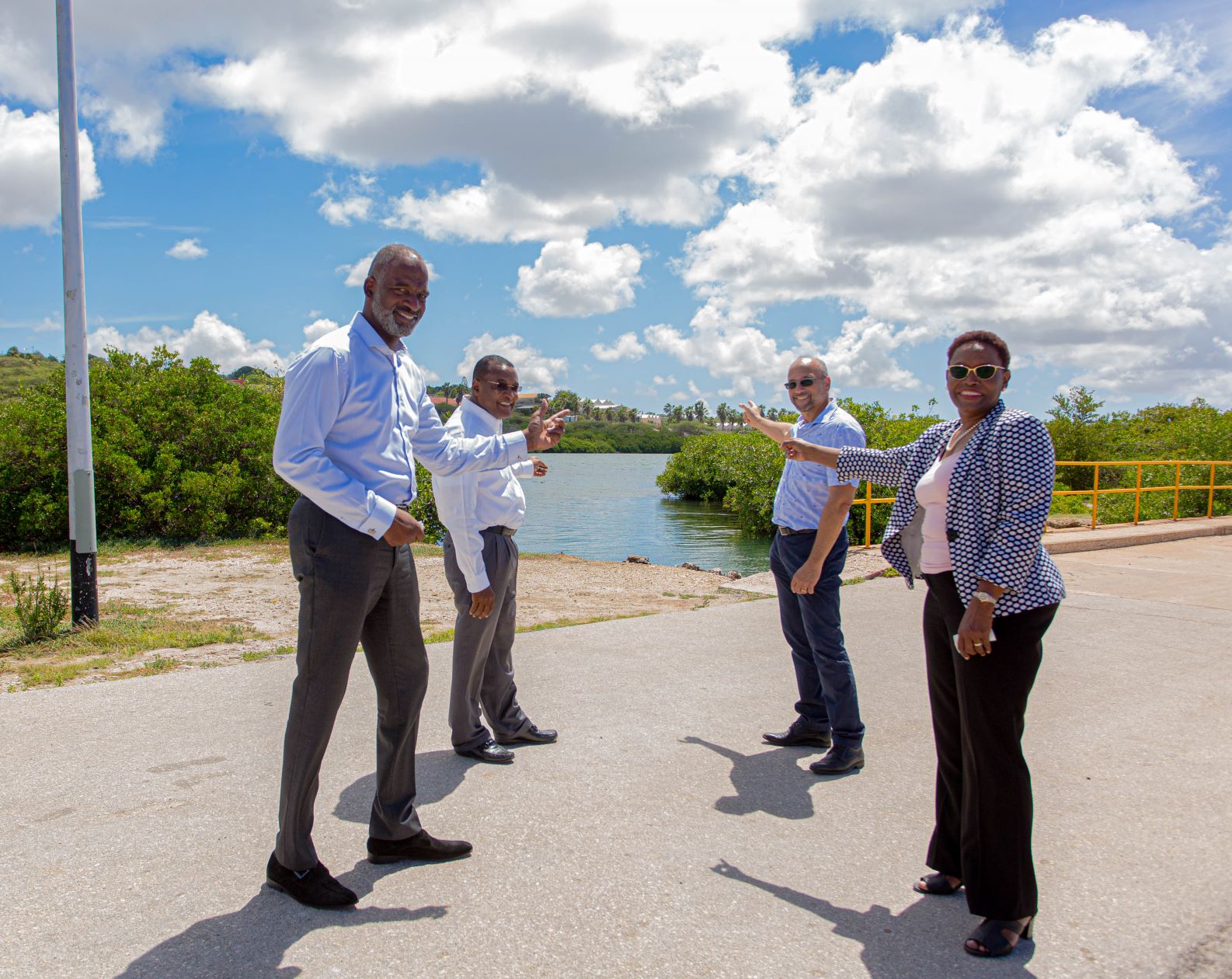 WILLEMSTAD – September 7, 2020 – The Curaçao Tourist Board (CTB), commissioned with the execution of the Quick Win Plan for the development of the Zakito area, recently organized a site visit at Koredor to report to the ministers involved on the progress being made with the project. The Quick Win Plan, which is funded through the Ministry of Economic Development, consists of several components to be realized in the upcoming months and is a continuation of the implementation of a Vision for the area of Zakito that has been approved by the Government of Curaçao. In attendance were the Minister in charge of Economic Development, Dr. Steven Martina, Minister of Traffic, Transportation and Urban Planning Mrs. Zita Jesus-Leito as well as representatives of the ministries involved. Representatives of the CTB and Heren2 Caribbean B.V., the company responsible for the supervision of the project, explained the project’s developments to those in attendance.

Jaydicon B.V. has been selected for the upgrading of the former security building and part of the so-called Sundance building at Koredor. The buildings will be available for F&B services once completed. Mirten General Construction Company B.V. has been selected for the upgrading of five locations along Koredor, among which several improvements at the Parke Lucha pa Libertat. The upgrading of the other four locations will consist among others of repair and construction of palapa’s, BBQ areas, benches, planting of trees and sand replenishment. Sander van Beusekom of BLEND Creative Imaging is commissioned with the creation of three murals (45 meters each) on the wall of the Aqualectra complex. The mural creation consists of a social component where PickNick Projects recruit people to be part of a painting crew to assist the artist. The CTB expresses its gratitude to Aqualectra for providing their full cooperation in the execution of the mural project.

With these upgrades, the aim is to initiate the process of making the Koredor area a more pleasant location for recreation and wellness for the local population and the tourists. The Quick Win Plan Zakito project will create approximately 40 jobs during construction.