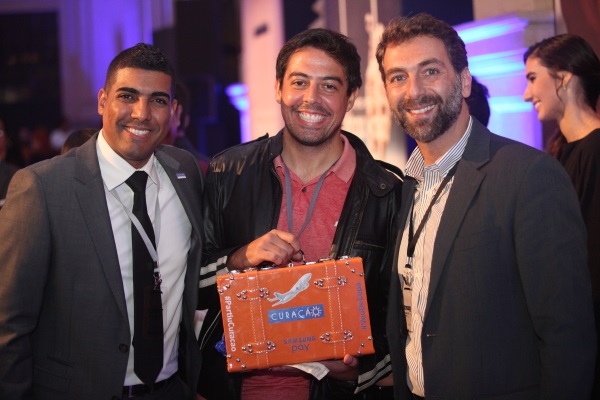 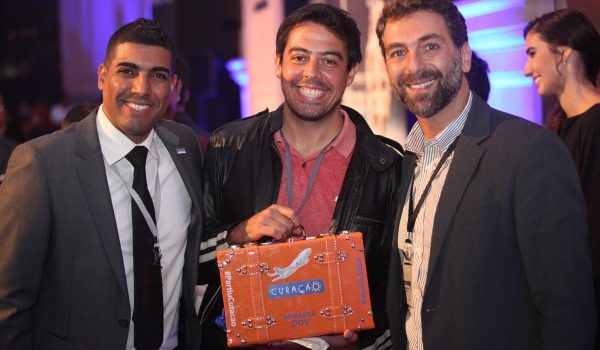 …Caribbean Destination, Curaçao Pioneering Cross Promotion with Korean Tech Giant…
WILLEMSTAD – May 4, 2017 – In April, Curaçao kicked off a creative and pioneering marketing campaign in the Brazilian market, at the launch of the newest Samsung models—the Galaxy S8 and Galaxy S8+.

Curaçao participated in the launch event of the Korean giant’s new smartphone models in São Paulo, with 700 in attendance at the Sala São Paulo, including artists, athletes and celebrities such as actresses Taís Araújo, Sophia Abraão and Mel Fronckowiak, volley players Bruninho and Sergio Escadinha, and TV presenters Pedro Andrade and Titi Muller.

As part of the campaign, all 700 in attendance at the launch were entered into a draw to win a trip to Curaçao, while the Curaçao brand also received exposure on the Samsung Pay product stand throughout the event.

Muryad de Bruin, Curaçao Tourist Board’s marketing manager for South America, was in Brazil for the campaign launch and commented on the strategies being used by that destination in the Brazilian market. “Brazil is a key country in our promotion efforts, and being able to deploy this high-impact campaign together with a brand like Samsung, with such high value and recognition worldwide, will help us to elevate the perception Brazilian travelers have of our island and highlight all that we have to offer to vacationers”.

The joint campaign with Samsung also enjoyed the support of Copa Airlines—They provided the executive class tickets for the draw winner, who will soon be visiting Curaçao and discover the island’s charm and attractions.

The Curaçao-Samsung partnership will continue throughout the month of May, with an even stronger promotional campaign being ran throughout Brazil, guaranteeing even more exposure for Curaçao as a tourist destination.