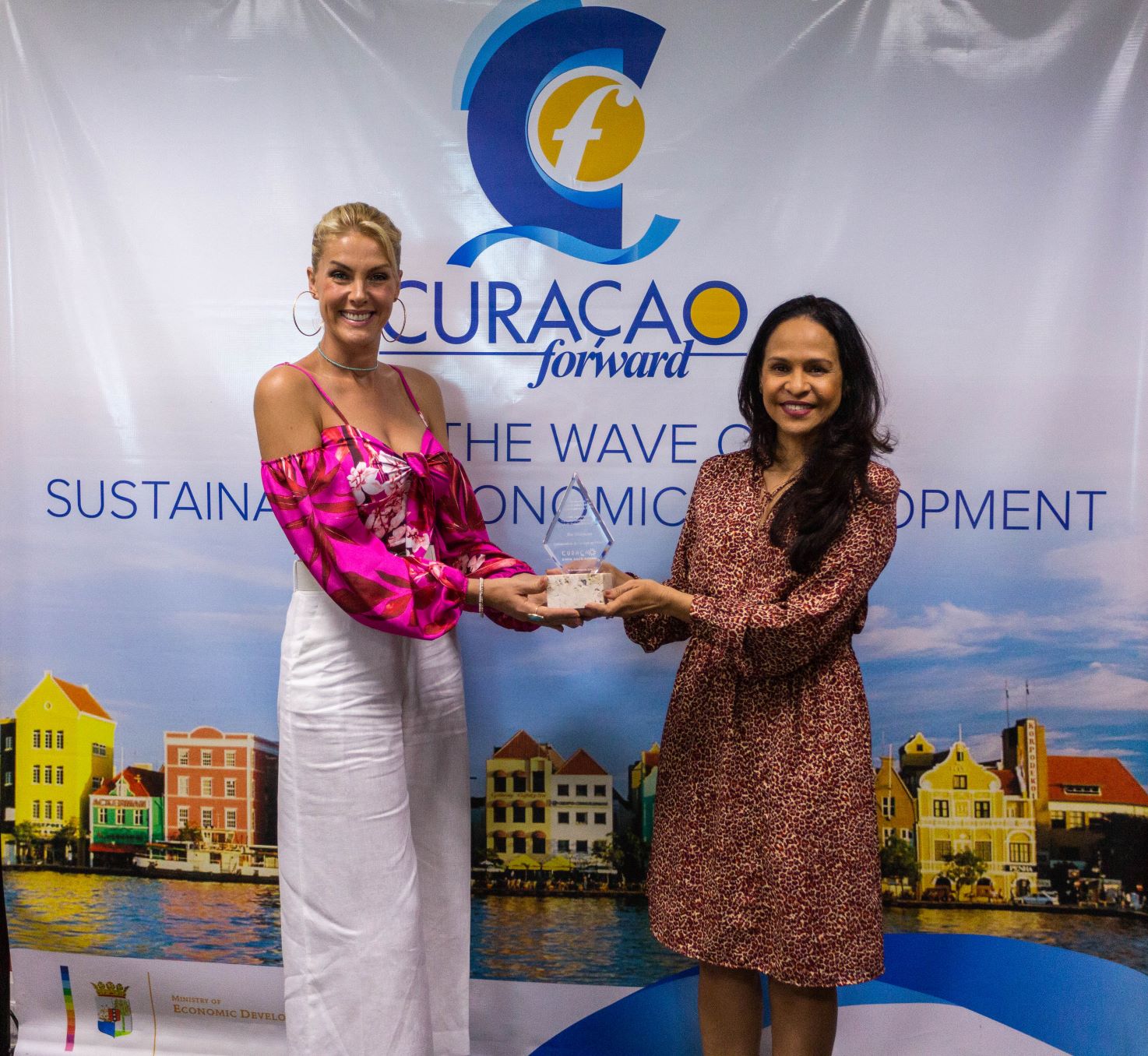 The successful businesswoman and influencer received a personalized recognition from our Minister of Economic Development, Ms. Giselle Mc William, in acknowledgement of her work in promoting the destination in 2019.

Willemstad – December 11, 2019 – Former international model, businesswoman and TV host with over 19.1 million followers on social media, Ana Hickmann has become Curaçao’s newest ambassador in Brazil. In 2018, Ana chose Curaçao to record and produce the first international campaign for seven of her products, including apparel, shoes, eyewear, jewelry, bags, nail polish and denim. In February 2019, she traveled to the Caribbean island with a team of 11 people and stayed for 12 days to produce the materials for her campaign.

In recognition of her contributions, the Curaçao Tourist Board (CTB) has named her the island’s Dushi (“dear” in Papiamento) Ambassador in Brazil. Recently she was invested as such during a ceremony at the offices of the Ministry of Economic Development. As expressed by the Minister of Economic Development, Ms. Giselle Mc William: “This is a symbol in recognition of a celebrity who has adopted Curaçao into her work and who has played an important role in bringing our two countries together even closer. May Ana continue to promote our Dushi Curaçao in Brazil.” The ceremony was attended by Curaçao Tourist Board CEO Mr. Paul Pennycook and other CTB officials.

From the very start, Ana has not only been highlighting Curaçao in printed catalogs and fashion films and on her social network platforms, but also by making references to unique features of the destination in the names chosen for some of her products, such as the Curaçao Blue, Tumba and Porto Maríe collections. In recent months, traditional Curaçao houses, the Handelskade, lionfish and local birds, plants and flowers have also been featured in a number of the prints of her bikinis, shirts, dresses and other items being marketed in stores and over the Internet. All of the production took place with the official support of the CTB.

“It will be my great pleasure and honor to represent the island of Curaçao in Brazil and to keep talking about the beauties of this place, as I have been doing since my first visit here in February. Brazil and Curaçao are very much alike in terms of their origins, cultures and welcoming people. So, it is with great affection that I receive this honor,” said an emotional Ana Hickmann. Ana Hickmann was vacation on the island with her husband Alexandre Correa, her son Alexandre and her sister Fernanda.