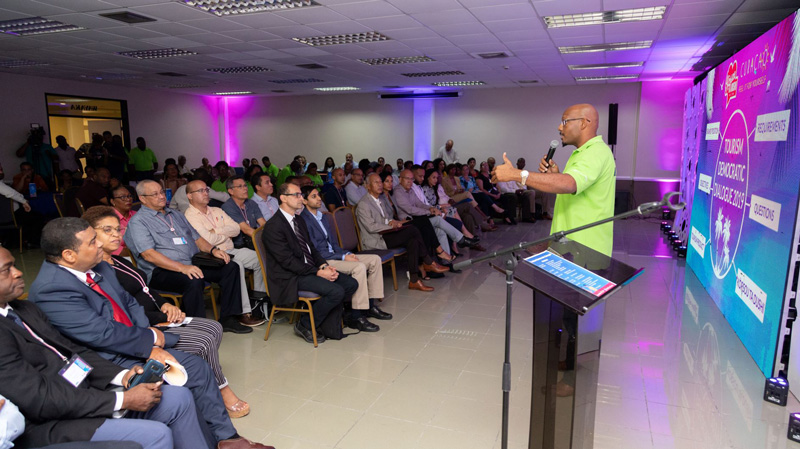 The official opening was followed by a presentation offering general insight into the tourism industry to 70 individuals from both the public and private sectors, NGOs and the community in general participating. The dialogue was held in groups assisted by UNDP facilitators. The groups were asked to explore three questions and all present were able to participate democratically in prioritizing a number of actions.

During the break, the participants were able to interact informally by participating in a number of experiential tourism related workshops offered by local entrepreneurs. At the conclusion, the priorities that were presented generally focused on offering alternative transportation options so as give the opportunity to our guests to further explore the island. In addition, the participants suggested to further assess the possibility to display/expose cultural events of the city center.

Minister Giselle Mc William and Mr. Paul Pennicook expressed their satisfaction about the way in which the dialogue had developed and thanked all those who brought forward their suggestions and recommendations.