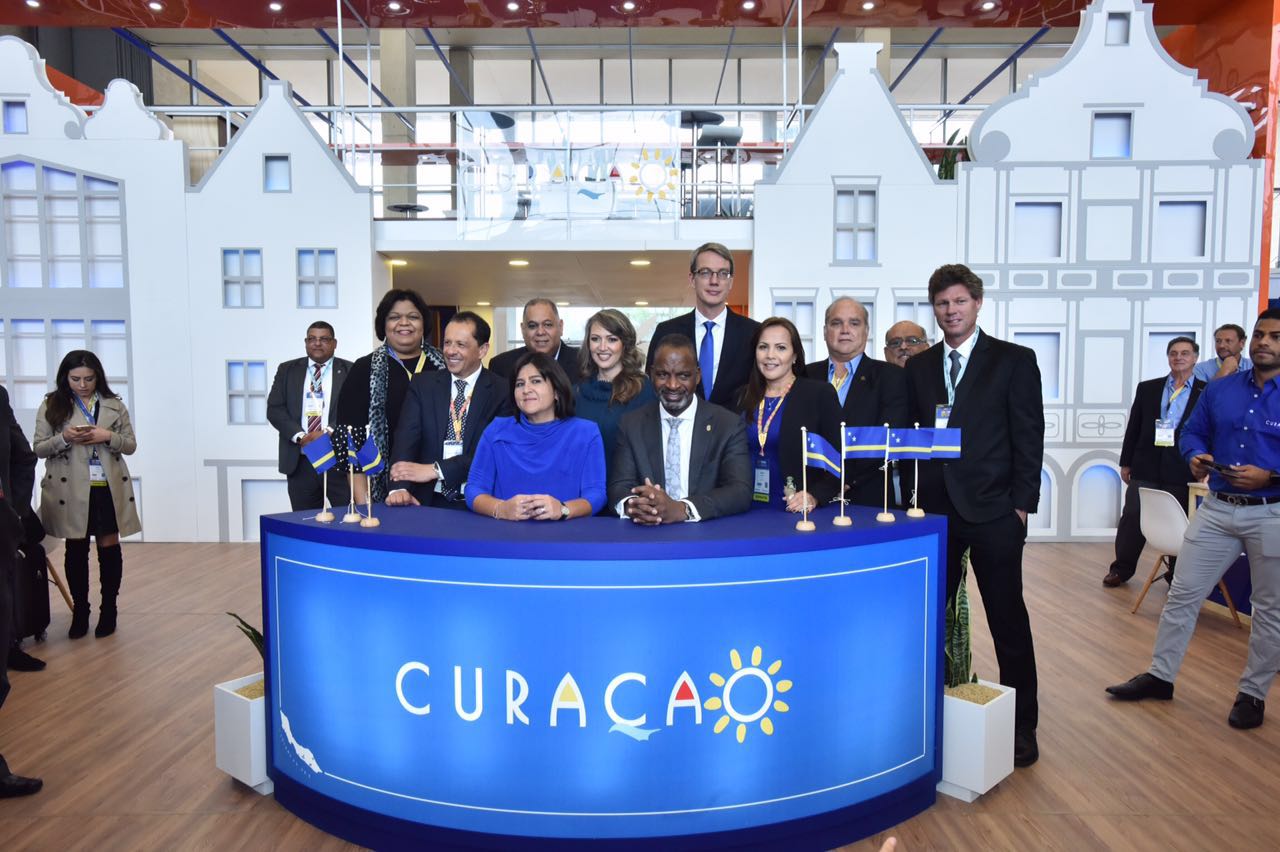 …Curaçao Guest of Honor…
WILLEMSTAD: February 21, 2018 – This year, as back in 2011, Curaçao will be present as an honor guest at the 37th edition of the ANATO Tourism Showcase. The annual fair takes place in Bogotá, Colombia, from the 21st to the 23rd of February, with at least 30 participating countries, over 1000 exhibitors, 500 wholesalers and approximately 20,000 visitors. The three-day fair serves as a platform to exhibit all that Curaçao has to offer to wholesalers and travel agents interested in doing business with the island. The opening ceremony on February 21 was followed that same afternoon by an official press conference offered by Curaçao. The Curaçao team consists of the Minister of Economic Development, Dr. Steven Martina, representatives Curaçao Tourist Board (CTB), and several public and private sector partners.

The days leading up to the fair were key, with a number of events and lunches organized last week in the city of Medellin to strengthen ties and contacts with the press and with corporate wholesalers. On February 13, a lunch was held, with information shared on Curaçao’s hotel portfolio and the options for meetings, events and large conferences on the island. Approximately 200 wholesalers from Medellin attended this event. Another lunch and presentation was held on the 19th, sponsored by Curaçao Airport Partners, presenting the island as the ideal group destination, this time with a group of 50 wholesalers. Then, on the 20th, a breakfast was organized at the offices of the newspaper El Tiempo with a number of press representatives and 100 other guests in attendance, followed in the afternoon by a lunch focusing on commercial opportunities open to investors. The event was attended by Holland House, CINEX, the Chamber of Commerce and entrepreneurs of both Curaçao and Colombia. A reception was held in the evening for the Curaçao delegation, the Colombian press and special guests.

The first day of the fair February 21 will be concluded with a happy hour where target groups and the press will be able to have a drink and discuss about commercial opportunities. On the second day of the fair, Curaçao will be giving an official presentation of the Curaçao North Sea Jazz Festival 2018, among other things. This is definitely another great opportunity to show what Curaçao has to offer, and for the private sector to exchange with companies interested in doing business with the island. The CTB wishes to thank all participating partners for being part of the Curaçao’s team at the ANATO Tourism Showcase 2018.