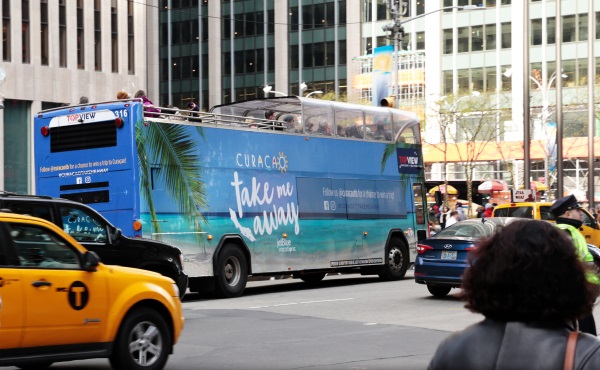 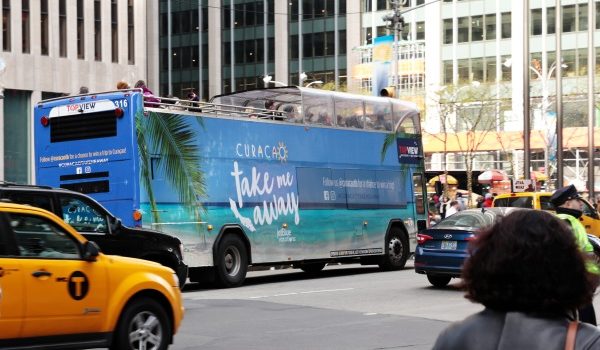 WILLEMSTAD- December 14, 2017 – With a continued focus on boosting awareness for Curaçao in partnership with one of our strongest airline partners, JetBlue, the Curaçao Tourist Board with the cooperation of the Curaçao Airport Partners promotes the destination through a series of activations during the months of November and December in New York City.

Kicking off the promotion are two huge awareness vehicles – a wrapped double-decker tourist bus, and a digital double-decker bus. Each bus travels through the bulk of Manhattan, hitting key commuter routes and stations such as Union Square, Meatpacking District, Penn Station, Times Square, Flatiron District, Grand Central Station and Central Park capturing an astounding 30,000,000+ impressions & views throughout the eight-week campaign run. While the wrapped bus features an enticing beach scene, the digital bus runs a loop of the 30-second commercial spot for Curaçao, showcasing all of the fantastic experiences happening on the island, right now! Throughout the campaign, the island together with JetBlue Vacations will be giving away several trips to the island to New Yorkers who will be lucky enough to escape the winter for real.