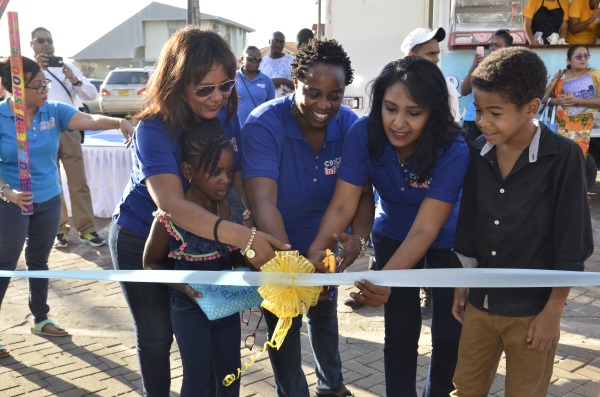 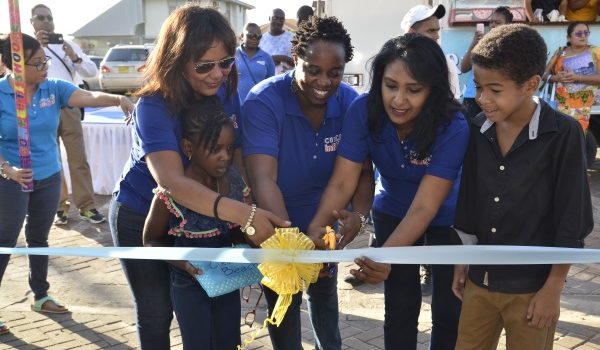 …With Multiple Marketing and Promotional Activities…
WILLEMSTAD- December 13, 2017 – A delegation of the Curaçao Tourist Board (CTB) was recently in Suriname for a number of key meetings on the marketing and promotion of the island. The delegation first celebrated the 55th anniversary of Surinam Airways and its 53 years flying to Curaçao. Celebrations began one week prior to the date. A CTB campaign was activated in the Surinamese press, congratulating the airline and highlighting the straight flights offered between Surinam and Curaçao. A Curaçao-themed cake was presented to Mr. Robby Lachmising, director of Surinam Airways, and a toast was shared with the personnel to celebrate the anniversary. CTB executives, together with a delegation of the Department for Economic Development, later presented Surinam Airways Vice President of Commercial Affairs, Mr. Johan Sandy, with a token of appreciation.

In the week of their visit, the CTB used the opportunity to thank all its partners and the Surinamese media for their valuable contributions. During the event, the CTB recognized all journalists who, in the past 10 years, had given positive coverage to Curaçao, thus inspiring tourists to consider the island as their next vacation destination. Recognition was also given to airlines and individuals who have always supported the CTB’s promotional events in Suriname.

The visit concluded with the InfoMart 2017, the fourth edition of the annual information fair. As in previous years, the CTB and a number of private-sector partners offered information about Curaçao to those attending the fair. This year, the event was held on the TBL Cinema’s parking lot and the Curaçao atmosphere could be felt everywhere. The event has been attracting large crowds yearly and, with 2000 in attendance, the 2017 InfoMart was no exception. The CTB is grateful to its partners: Trupial Inn Hotel & Casino, Acoya Hotel Suites & Villas, Papagayo Beach Hotel, Renaissance Curaçao Resort & Casino, Livingstone Jan Thiel Resort, Curinde Freezone, Sunscape Curaçao Resort, Spa & Casino, Scooby Tours and Hershers Studios in Curaçao, and in Suriname:Waldo’s Travel, Mets, Asha Travel, Rasonic Travel, Surinam Airways, FlyAllways and Vem’s Tours.