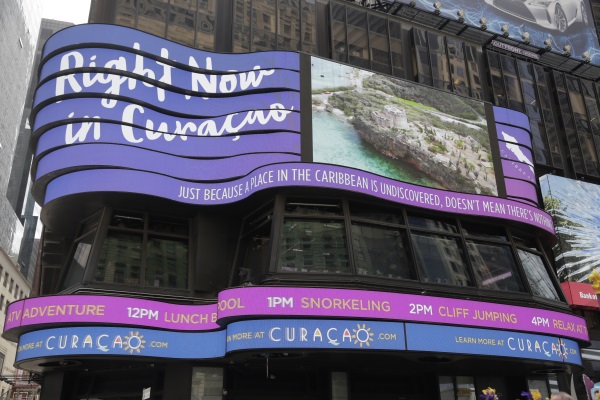 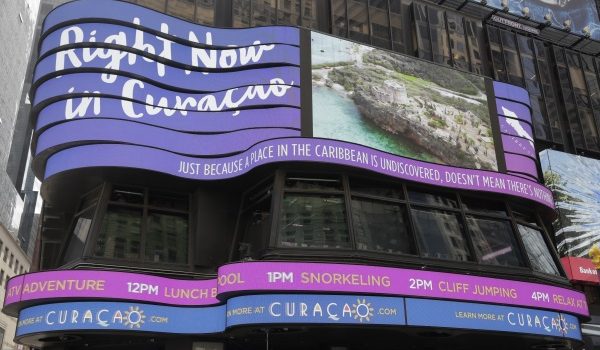 Willemstad – June 23, 2017 – Curaçao is currently being featured on two digital billboards in Times Square New York, a popular area that is frequented by approximately 330,000 people every day. The Curaçao commercials are running on the 1,624 square feet “1500 Broadway Spectacular” and on the gigantic “ABC Supersign”, a 3,685-square foot electronic icon in Times Square known to millions worldwide for its signature wavy LED ribbons, eye-catching curved ticker and daily exposure on ABC’s ‘Good Morning America’.

This was made possible due to a unique partnership between CTB and ABC Network. By establishing a promotional partnership with such television network, allows Curaçao to gain awareness across a wide spectrum of platforms while keeping a narrow target audience market.

Besides the billboards, also a TV campaign is running this spring and throughout the summer in New York, Miami and Chicago during shows such as Eyewitness News, Good Morning America, Live with Kelly as well as game shows such as Jeopardy and Wheel of Fortune and others. In addition to the TV spots, Curaçao will also be featured digitally on ABC.com, ABC On Demand Streaming ads, NYC and Chicago website native content, homepage placement, and social integration.