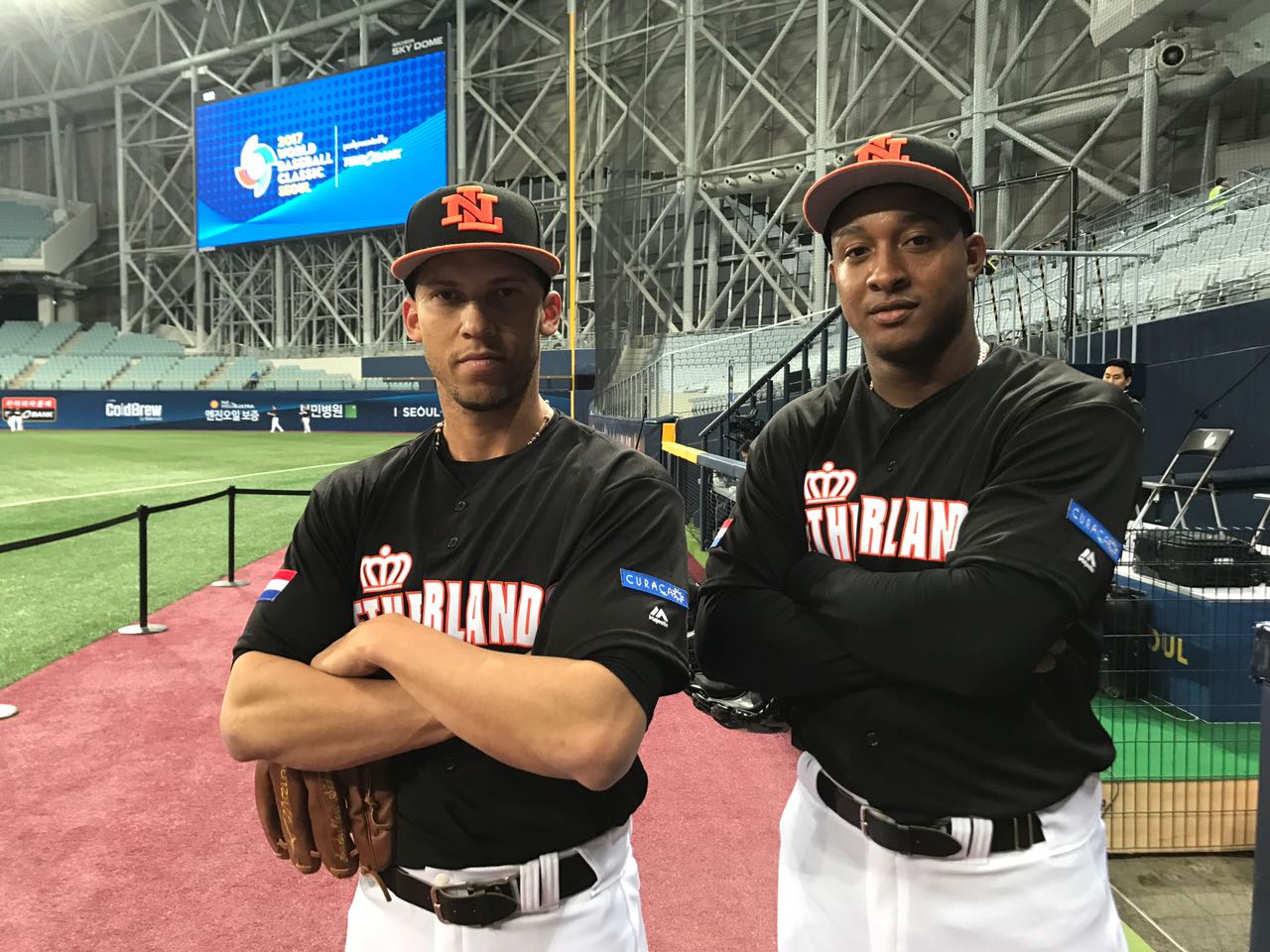 WILLEMSTAD- March 8, 2017 – The Curaçao Tourist Board (CTB) is extremely proud of the performance of the Kingdom of the Netherlands’ team currently participating in the World Baseball Classic, especially in view of the large number of Curacaoans on the team and the Curaçao logo featured on the team’s shirt sleeves. This is no doubt a great promotion for Curaçao, considering the large number of people following the World Baseball Classic championship on television and social media. The CTB signed a commercial agreement with Major League Baseball for the Curaçao logo to appear on the shirts.

Also worth mentioning are a number of international press articles published on the team’s participation in the World Baseball Classic, including one extensive article in The New York Times, with special mention of the Curacaoan players and general information about the island. CTB’s best wishes go to the Kingdom of the Netherlands’ team, which includes several Curaçao-born players and is managed by Hensley Meulens. All the best for the coming games. We are really proud of you!