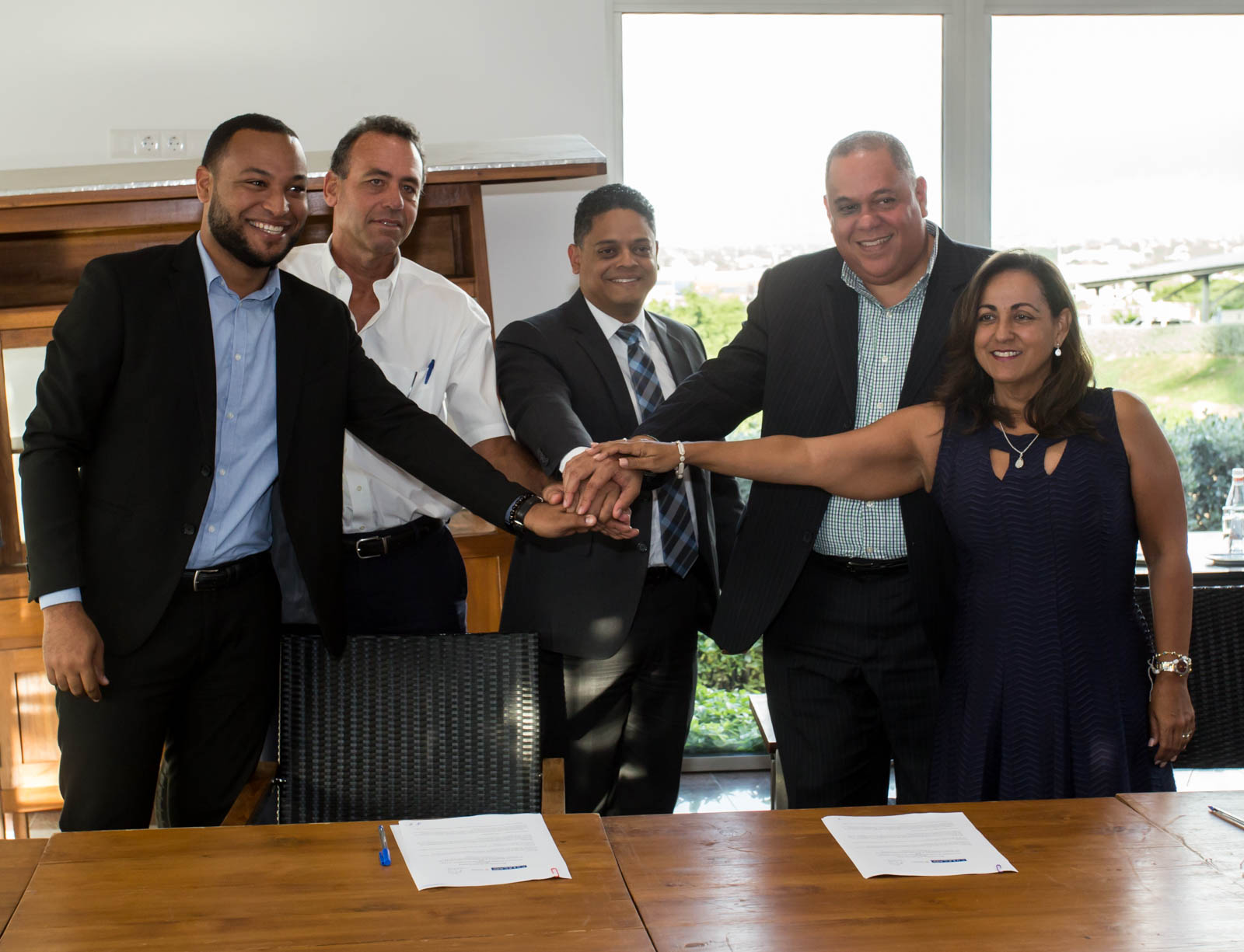 Press release by the Ministry of Economic Development Curaçao
Willemstad, January 17 2017- On Tuesday January 17th, the Ministry of Economic Development together with its partners Curaçao Tourist Board (CTB), Curaçao Hospitality and Tourism Association (CHATA) and Curaçao Ports Authority (CPA) held a press conference to provide an overview of tourism performance in 2016 and an outlook for tourism in 2017. A noteworthy event which took place during the press conference is the signing of the Memorandum of Understanding (MoU) between the government of Curaçao and Airbnb and the signing of the MoU between CHATA & CTDF.

Tourism Outlook 2017
CTB and its partners provide us with a bright outlook for the tourism industry in 2017. CTB expects an increase in visitor arrivals of 7.1%. In order to achieve this CTB has planned various activities throughout many of their target markets. One of such activities is the Right Now in Curaçao Campaign, which has been launched late last year. In addition to this CTB together with MEO and its’ tourism partners such as CHATA and other entities from the private sector will provide special attention to activities which will make the execution of the Tourism Master Plan possible. Activities which include the appointment of a new project manager, the restructuring of the master plan committees, and finalization of the funding for the execution of the Tourism Master Plan.

Cruise tourism
Curaçao Ports Authority has 279 cruise calls scheduled for 2017 with a total lower berth capacity of 644,495 passengers; an increase of over 30%. The increase in cruise calls is due to a range of factors. Among others, the introduction of a volume-based discount with additional summer discounts is applied in order to stimulate low season capacity. The second Megapier, which will be operational in Q4 2017 will expand the capacity of the cruise facilities enabling higher passenger arrivals.

Tourism Economic Impact
Based on the projected increase of visitors to Curaçao and the projected increase in visitor nights by 1.7%, the Ministry of Economic Development expects that the tourism sector will have a positive impact on the economy. According to the Turistika Model, the direct economic impact of tourism in 2017 will be approximately 556 million US dollars. This represents an increase of 5.2% compared to 2016. The projected growth in tourism will also have a positive impact upon government revenues. In 2017 the total sales tax revenues from tourism related activities is expected to grow by 5.4%.

MoU AirBnB
Airbnb is a trusted online community marketplace that provides access to accommodations, in more than 34,000 cities and more than 191 countries around the world. Airbnb plays an important role in Curaçao’s tourism industry with over thousand listings across the island and with an average earning per host on the island of $4,400 USD annualy. Today, Curaçao’s Minister of Economic Development, mr. Eugene Rhuggenaath and the Minister of Finance, mr. Kenneth Gijsbertha on behalf of the Government of Curaçao signed an important agreement with Airbnb that will help to promote Curaçao as a world class tourist destination. This partnership will also create a framework that will allow the Government of Curaçao and Airbnb to address issues such as taxes, host accommodation standards and regulations share aggregate data and support Curaçao’s tourism marketing campaigns.

MoU between CHATA and CTDF
During the press conference CTDF and CHATA signed a MoU stating that they will work together on the development and promotion of our tourism product. In addition to this both parties have committed to the execution of the Tourism Master Plan.

Review 2016
In 2016 Curaçao has experienced a decrease in visitor arrivals and visitor nights. In 2016 5.6% less tourists visited Curaçao. This is partially attributed to the fall in visitors from Venezuela. The Minister of Economic Development, mr. Eugene Rhuggenaath believes that the figures of 2016 should serve as a wake up call for the community of Curaçao. It is impossible to achieve success and to be a competitive tourism destination if we do not work together. The Minister is therefore very pleased with the signing of both the MoU with Airbnb and the MoU between CTDF and CHATA. The Minister believes this is a step in the right direction to achieve the desired results in 2017.